Build on the rock 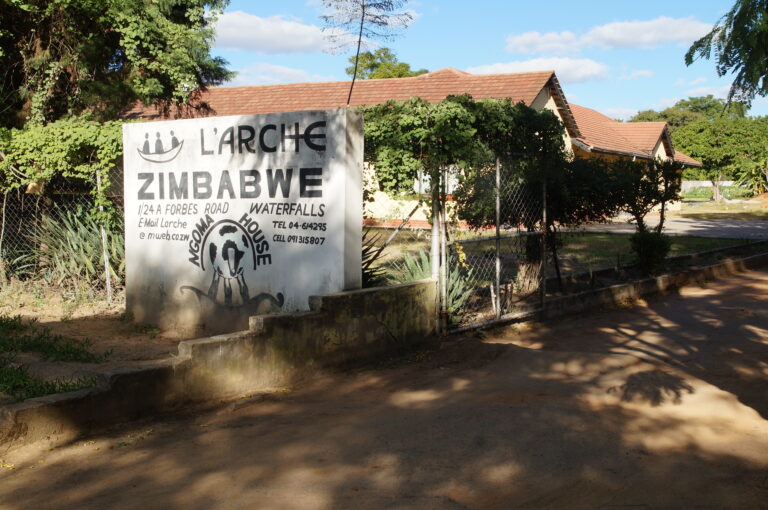 The first time I met the L’Arche (‘Ark’) community for people with intellectual disabilities was in Brussels, when I was preparing to go on an OTP (Overseas Training Programme – a missionary placement for SVD seminarians) to what was then Zaire. It was during a Holy Mass. A young man with Down’s syndrome came up to me and kissed me on the cheek as a sign of peace. Nothing out of the ordinary. Everyone in Belgium greets and says goodbye like that. However, it made an impression on me.

I waited in front of the church. – Come and see where we live – the people in the group replied when I asked who they were and what they were doing. It sounded like Jesus’ words from the Gospel, describing the calling of the first apostles. In the evening I returned to the White Fathers’ house where I was staying and found Jean Vanier’s book ‘La communauté, lieu du pardon et de la fête‘ (‘The community, a place of joy and forgiveness’) on the bookshelf in the TV room. It was the first book I had read in French. 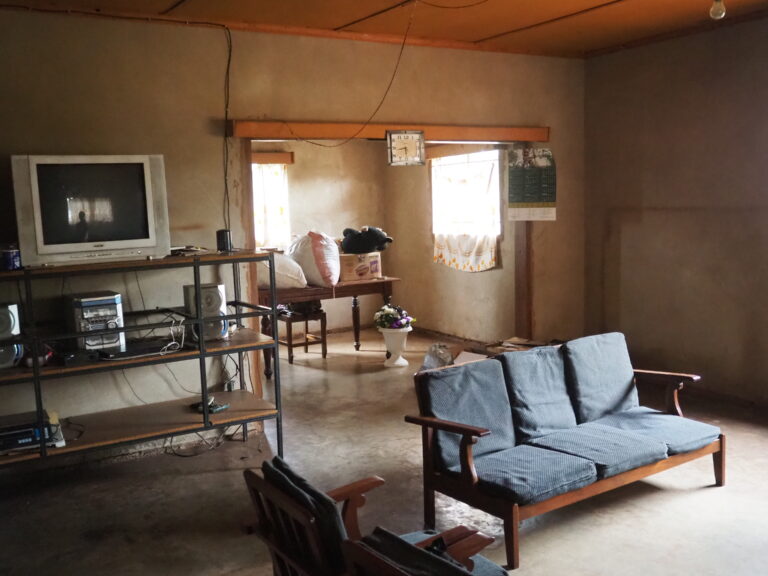 I soon became an outreach assistant for people with intellectual disabilities in the community “La Branche” (“The Branch”) in Brussels. The community, where people with and without intellectual disabilities live together, reminded me that the Church is first and foremost a Church of the poor. I learnt to establish real relationships and was not afraid of being manipulated. No one judged me by my appearance. I felt at ease. It was a place of compassion and communion. That was the kind of church I discovered far away from home and that was the kind of church I longed for.

At the time, I read everything related to the history of the creation of the ‘Ark’. Books on spirituality by Henri Nouwen, a Dutch priest and theologian, first fell into my hands. Nouwen had left his position as a professor at Harvard Divinity School to join the L’Arche Daybreak community in Canada as a chaplain. I hadn’t yet gone on missions, and I was already thinking about what a good idea it would be – to become such a chaplain when I returned from missions. At that time there was no ‘Ark’ in Africa yet. I knew nothing about it at least.

There are 154 ‘Ark’ communities in 38 countries around the world today. About 5 000 people live in them. I worked for them as a volunteer in Brussels in 1988, and ten years later, after my ordination, in Canterbury, England, where I was sent before going to Botswana. During this time, the first L’Arche community south of the equator was established in Zimbabwe. I went to its opening ceremony, where I met Fr David Harold-Barry, the English Jesuit who had initiated it. What I didn’t know at the time was that we would be meeting in Lusaka in 2015 to prepare a group of four Zambian women together so that they could establish Zambia’s first community for people with intellectual disabilities in the spirit of the ‘Ark’. 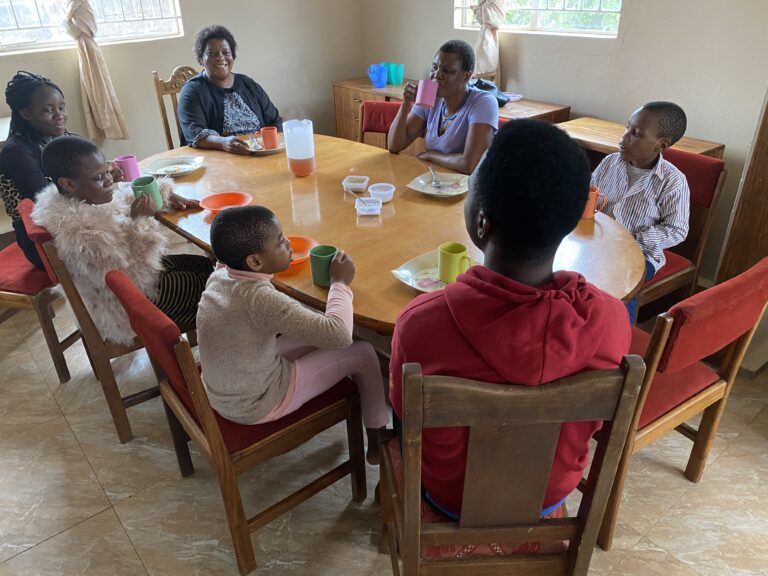 A MISSIONARY MUST BE PATIENT

When I returned to Africa for the third time after living in Poland for several years and working with migrants, I didn’t know that I would be sent to work in a parish in Linda on the outskirts of Lusaka. It was a great opportunity to revisit my dreams from Brussels years later. Having started building a kindergarten from scratch, I believed that this was the right time. At a meeting with the Catholic Women’s League, I pitched the idea of starting a community of people with intellectual disabilities. I waited more than a year for an answer. In Africa, a missionary has to be patient.

Mildred, Hellen, Emma and Foster came to my office next to the sacristy in Linda in 2015. We started to meet regularly in a working group. I told them about my experience of working as an assistant at L’Arche. L’Arche taught me that everyone has a disability to some extent. Faced with someone who speaks Chinese, I am disabled because I don’t speak the language and can’t relate to them. This line of thinking turned my understanding of the world completely upside down.

We later travelled together to Harare in Zimbabwe to make contact with the nearest L’Arche community near Zambia. We had the opportunity to learn about the world of people with intellectual disabilities and experience the fact that we ourselves are disabled. As we walked into the lounge for afternoon tea after siesta, I stood in the doorway. – Stop! Look at them in silence for a moment – I said in a whisper. The three residents of the home with intellectual disabilities were sitting at a large table, sipping tea, eating cakes and laughing their heads off at the stories one of them. We stood to the side and understood nothing of the way they were talking to each other. 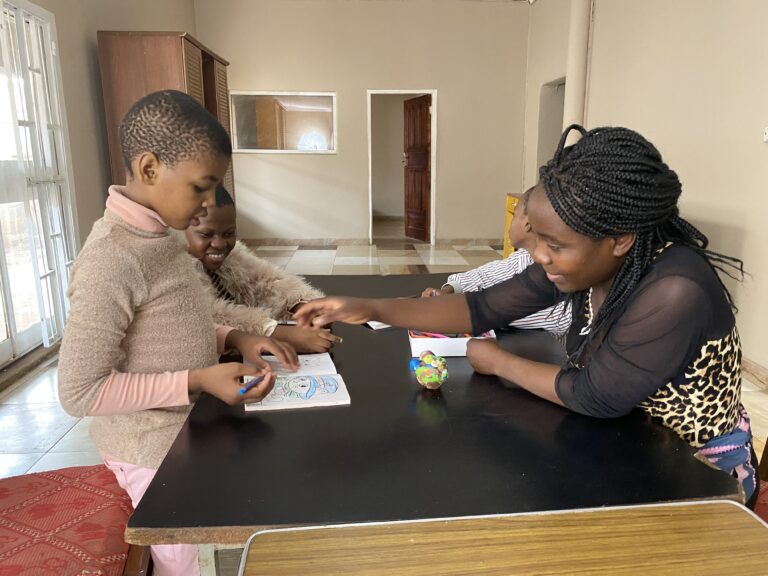 AN END TO PATERNALISM

On our return from Zimbabwe, we knew that we had to rely only on ourselves. L’Arche Zimbabwe promised to send us one assistant to conduct a workshop in Linda and introduce us to how to practically implement our project step by step. They had made some mistakes themselves and did not want them to be repeated in a new place. We knew that the community we dreamed of would be built, but it would require overcoming many challenges and difficulties. We were ready for it.

I was glad to hear that. Missionaries had made mistakes in the past. When I started working in another country in Africa, I already had quite a bit of experience and did not succumb to the temptation of paternalism. At the time, I was building a kindergarten in Linda. It’s a poor neighbourhood, but we called the project ‘kindergarten for future entrepreneurs’. God has endowed everyone with talents that must be discovered and developed. They are man’s greatest wealth. I have stopped dividing people into rich and poor, into able-bodied and disabled. We are all a little bit of everything. 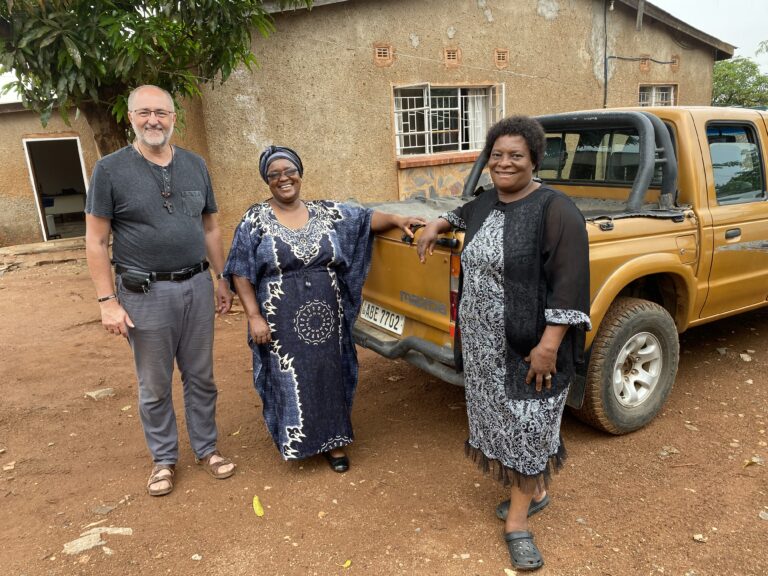 IT IS WORTH HAVING DREAMS

Last November, I visited M’thunzi House (‘House in the Shadows’) for the third time since I left Zambia in 2016. Three children and three assistants have been living in this house since October 2019. They form a community. They live in a house that was purchased a few months earlier in Linda by Global Friends in Action Trust. It took a long journey from the idea to registering the organisation and building structures.

Standing in front of the house, I remembered walking around Linda a few years ago, visiting families with disabled children. At the time, we walked past this very house and joked to each other that such a house with a garden right in the centre of Linda would be the perfect place for our project. It is worth having dreams. Combined with faith and determination to achieve, they one day become a reality.

The brave women of Linda now face new challenges. How do they build and expand a circle of friends that will support them? This is their home and they have nowhere to return to. I am calm. The rain has fallen, the streams have gushed, the winds have broken and hit this house. But it did not fall, for it was established on a rock (Mt 7:25).

The article originally appeared in Polish in the March 2022 issue of the Missionaries of the Divine Word monthly magazine ‘Misjonarz’.